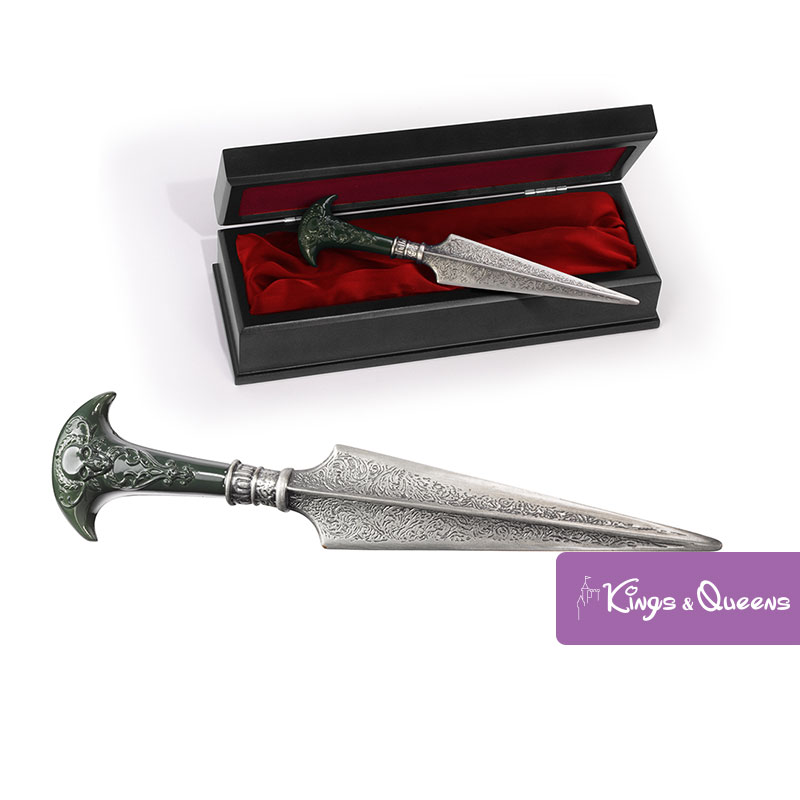 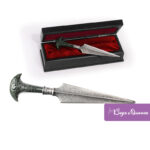 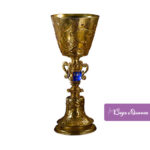 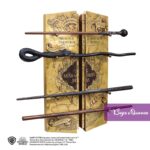 Bellatrix Lestrange Dagger. Replica of Bellatrix’s dagger. In Harry Potter and the Deathly Hallows: Part 1, Bellatrix used her knife to carve the word ‘Mudblood’ into Hermione Granger’s arm. The movie version of the knife bears a resemblance to cross-shaped spearheads that leave a wound that is difficult to heal. Later, Bellatrix throws her knife and tries to target Harry when he disappeared with Dobby and the others. However, she hits Dobby right in the chest. The house elf dies shortly after, near the yard of Shell Cottage, where he is subsequently buried. Not a toy!

Be the first to review “Bellatrix Lestrange Dagger” Cancel reply