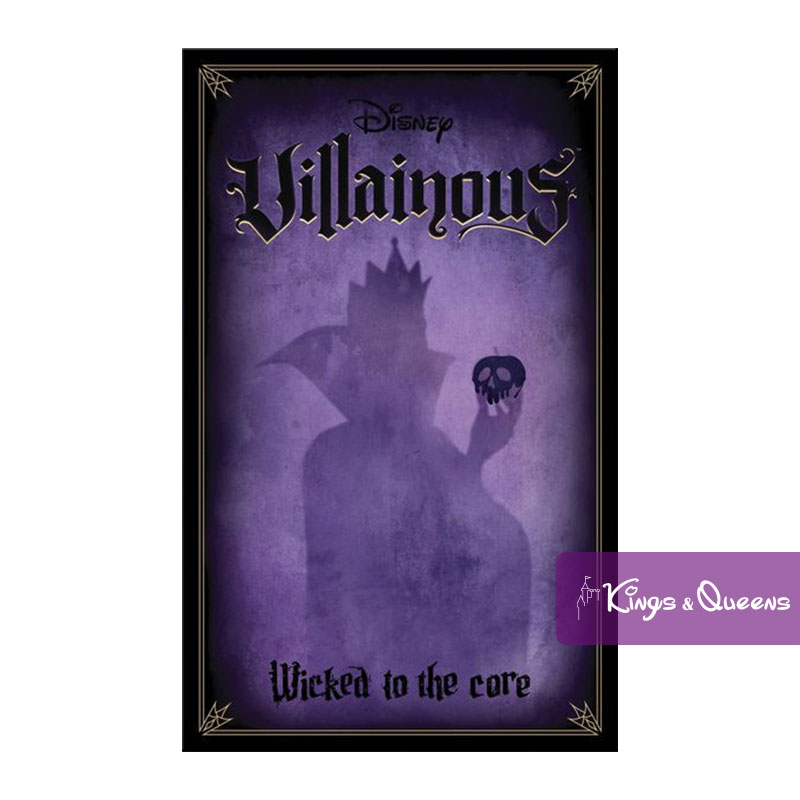 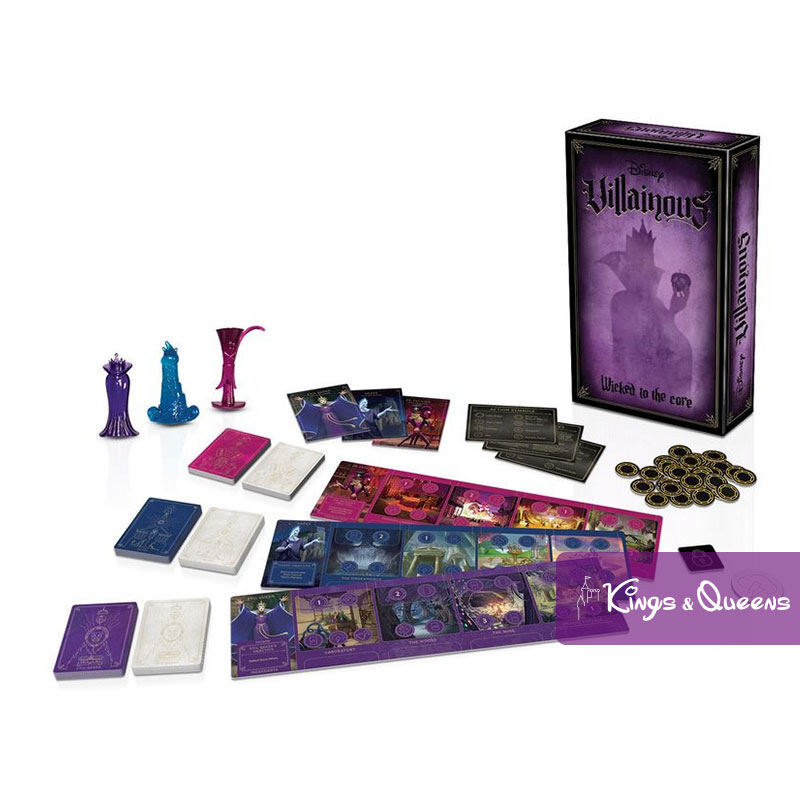 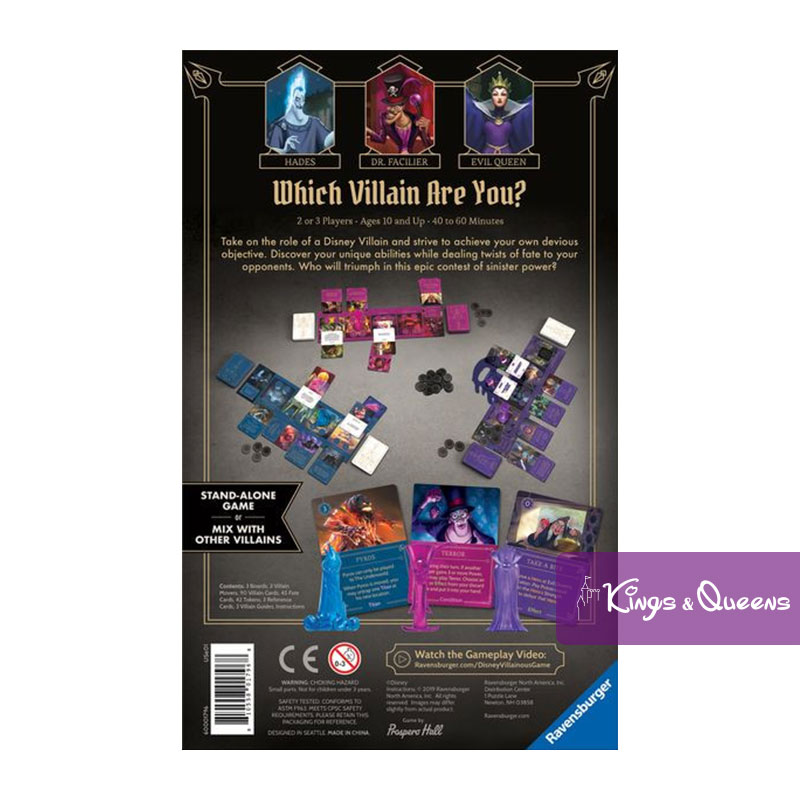 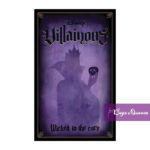 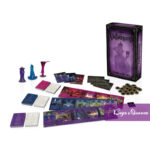 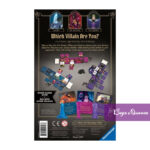 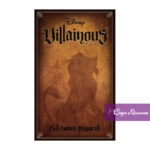 Game Villainous Expansion Set 1 – Wicked to the Core. In Villainous: Wicked to the Core, each player takes control of one of three Disney characters. All three are villains in a Disney movie: Evil Queen from Snow White, Hades from Hercules and Dr. Facilier from Princess and the Frog. Each player has their own villain cards, fate cards, player board and 3D character. During a turn, the player moves his character to another location on his player board, performs one or more of the commands visible on that space (often by playing cards from his hand), and then replenishes his hand to four cards . Cards are allies, items, effects, and conditions. You must use your cards to meet your unique win condition. One of the actions allows you to choose another player, draw two cards from that player’s sw destiny cards, and then play one of those cards on that player’s board, playing two of the four occupies action spaces in one of that player’s locations. The fate cards contain: heroes, items and effects from that villain’s movie, and with these cards other players can thwart that particular villain. Villainous: Wicked to the Core can be played on its own, but the characters can also compete against the villains in the 2018 Villainous base game.